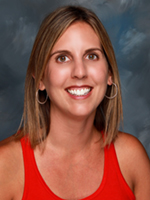 Nicole is thrilled to be the head of the Drama program here at Palos Verdes High School. Named 2017 Educator of the year, Nicole holds a BA in Dramatic Arts from the University of California, Santa Barbara, a teaching credential in Drama/English from San Diego State University, and has trained at New York University’s CAP21 Musical Theatre Conservatory. Prior to teaching at PVHS, she taught in San Diego at the Coronado School of the Arts, the La Jolla Playhouse, and the Old Globe Theatre. Her directing credits include Palos Verdes High School’s award winning productions of Pippin (John Raitt Awards for Youth (JRAY) for Best Ensemble) and Joseph and the Amazing Technicolor Dreamcoat (Jerry Herman Award for Best Director and JRAY Musical of the Year). 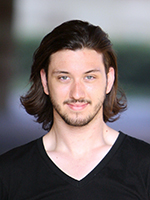 Niko Montelibano has enjoyed the opportunity to work alongside such a brilliant team of creative individuals. He is a graduate of the University of California, Irvine where he studied Stage Management, Musical Theatre, Directing and Lighting Design. Niko has performed in various parades and shows at the Disneyland Resort and Disney California Adventure, including A Christmas Fantasy, Pixar Play Parade, and Viva Navidad. He has performed in theatrical productions with companies across the South Bay, including Torrance Theatre Company, Palos Verdes Performing Arts at the Norris Theatre, El Camino College and 3D Theatricals. PVHS: Joseph… Dreamcoat, Pippin, Kiss Me Kate, Footloose. PVPAC: The Addams Family. 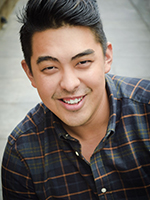 Christopher M. Albrecht, UCLA class of 2010, is proud to work alongside Nicole Thompson in the PVHS Drama Department.  He is the resident choreographer at Mira Costa High, West Torrance High and is on faculty at Cypress College.  Credits include: Rock of Ages at Summer Repertory Theater; Urinetown with the Coeurage Theater Company (Better Lemons Ticket Holder Award for Best Choreography); The Drowsy Chaperone, Urinetown, and In The Heights at CSUNorthridge; Hairspray and She Loves Me at the Chance Theater; Hairspray and The Drowsy Chaperone at Torrance Theater Company; and Is There Life After High School? with the UCLA MFA acting program.

Music has always been an integral part of Sue’s life, ever since she started piano at a young age and sang for anyone who would listen. She holds a Bachelor’s degree in music from Stanford University, with an emphasis on voice and choral conducting, and pursued Master’s work with Dr. Howard Swan, also in choral conducting. As a full-time mother raising six children, musical activities continued at a slower pace for a while, but allowed her to study the science of vocal development and singing techniques through NATS, the National Association for Teachers of Singing. She enjoys her work as a voice teacher and musical theater coach, having had the privilege of working with many, many talented young people at local schools and churches. Her current work as vocal director for productions at Palos Verdes High School has been a special joy! 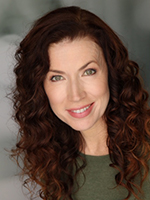 Jenny Graham is a professional singer and member of SAG – AFTRA. She has worked on over 100 movies, including AVATAR, TANGLED, GANGSTER SQUAD, and LA LA LAND. She just finished lending her voice to the Dreamworks Movie Opening Logo, CREED II, DEADPOOL 2 and AMUSEMENT PARK movie soundtracks, working with Academy Award winning composer Steven Price on the latter. She has also sung on many Academy Awards shows and TV shows such as The Simpsons, Family Guy, Boston Legal, and Desperate Housewives. She has recorded with Josh Groban, Michael Buble, Kristen Chenoweth, Dolly Parton, Weezer, and many more. She has been Vocal director for Mira Costa High School, West High School, PV High School, Music Theatre West, and won the JERRY HERMAN AWARD for Best Musical Direction in 2014. Jenny is from Oklahoma originally, but lived in London for 12 years where she was 1st Soprano in the highly acclaimed vocal group THE SWINGLE SINGERS, and has also sung on many cruise ships including the Royal Odyssey, Cunard’s QE 2, and Princess. While Jenny loves singing in the studio, she also has her own Vocal Studio, teaching private voice lessons and workshops, and currently has students singing on Broadway and National Touring Companies. She loves cultivating new talent in a positive, nurturing way and is always motivated to find the best way to teach each individual student because everyone has their own unique set of challenges and goals.